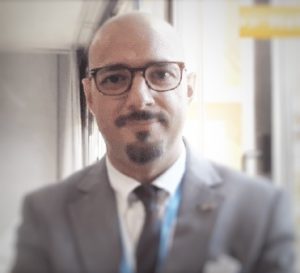 Giuseppe Quaranta is Associate Professor of Rotorcraft Dynamics and Aeroelasticity at Politecnico di Milano. He started his research career in 2001 as a PhD student of Politecnico di Milano with a thesis on Fluid-Structure Interaction methods for the investigation of rotorcraft aeromechanics.

After taking the PhD in 2004, he has been involved as investigator in several relevant EU funded researches on rotorcraft and tiltrotor dynamics, and aeroelasticity such as: ADYN, NICETRIP, ARISTOTEL, CROP, 3AS. He is currently the coordinator of the FRAME-Lab (Fixed and rotary-wing Aircraft Multidisciplinary Engineering Lab) of the Department of Aerospace Science and Technology.  He is currently the coordinator of NITROS Network for Innovative Training on Rotorcraft Safety, a Marie Skłodowska-Curie Action Joint European Doctorate on Rotorcraft Safety.

His fields of research are multidisciplinary modelling for aircraft and rotorcraft dynamic design and verification. He is currently working in the fields of: Rotorcraft aeroservoelasticity; Simulation and control of rotorcraft dynamic stall; Analysis of an innovative Gurney flap configuration for rotorcraft; Rotorcraft Pilot Couplings; Morphing technology for aircraft aeroelastic control; Innovative approaches for Fluid Structure Interaction simulations; Ice accretion on rotorcraft; Multidisciplinary optimization.