Prof. Alberto Guardone is Full Professor of Fluid Mechanics at the Department of Aerospace Science and 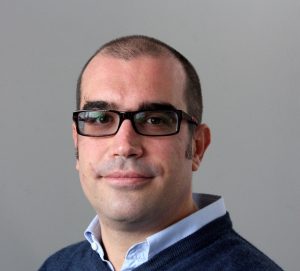 Since 2013, he is the Head of the Laboratory of Compressible-fluid dynamics for Renewable Energy Applications (CREA,crealab.polimi.it) and since 2017 he is the Deputy Head of the Department of Aerospace Science and Technology. His research interests include the theoretical, numerical and experimental investigation of non-ideal and non-classical flows of molecularly complex fluids, thermodynamic properties of non-ideal fluids, the numerical simulation of ice accretion over aircraft and numerical methods for compressible-fluid dynamics.

He received a PhD in Aerospace Engineering in 2002 with a thesis on Thermodynamic modelling and numerical simulation of three-dimensional non-classical flows of BZT fluids, under the supervision of Prof. Luigi Vigevano and of Prof. Brian Argrow from the University of Colorado at Boulder, where he spent six months as a visiting PhD candidate. In 2004, he was awarded a Senior Research Fellowship for six months at Delft University of Technology. From 2004 until 2010 he has been a Visiting Scholar at the Delft University of Technology.

Alberto Guardone contributed as Principal Investigator (PI) or Co-Principal Investigator to diverse EU, national an regional funded projects. In 2013, he was awarded by the European Research Council the ERC Consolidator Grant NSHOCK to investigate non-classical flows in binary mixtures of organic fluids (crealab.polimi.it). Since 2017, he is the co-PI of the UTOPIAE (www.utopiae.eu) Marie Skłodowska-Curie Actions International Training Network and of the NITROS Marie Skłodowska-Curie Actions European Joint Doctorate (www.nitros-ejd.org)

He is a founding member of the Editorial Committee of the Knowledge Center of Organic Rankine Cycle (KCORC,kcorc.org) and guest Editor of Energy Procedia, Energy Journal and Renewable Energy Journal. He served as Chairman of the International Seminar on Non-Ideal Compressible-Fluid Dynamics for Propulsion and Power (nicfd2016.polimi.it), as Review Chair of the ORC 2017 (www.orc2017.com) and since 2016 he is a member of the Organising Committee of the European Seminar on Computing (esco2016.femhub.com).

Alberto Guardone published over 130 papers, including 67 papers in international peer-reviewed journals and 63 contributions to international conferences.