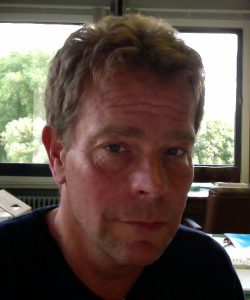 Gert de Cooman (born 30 September 1964) is Full Professor of Uncertainty Modelling and Systems Science at Ghent University (Belgium), IDLab, and Honorary Visiting Professor at Durham University (UK), Department of Mathematical Sciences. He has been a PhD Fellow, Postdoctoral Fellow, and Research Associate of the FWO, and a Visiting Research Scholar at Binghamton University (SUNY), during 1997. He obtained his PhD in Engineering from Ghent University in May 1993.

He is the author of 70 journal and 72 conference papers, several edited books, and a research monograph, Lower Previsions, co-authored with Matthias Troffaes and published by Wiley (433 pages). He is or has been the promotor of the doctoral research of 8 PhD students (currently guiding 3 PhD students) at Ghent University, and of 25 master’s theses in Engineering and in Mathematics at Ghent University. He was invited to serve in more than 30 doctoral examination committees at Ghent University and abroad. He has been involved in the organisation of more than 25 conferences, workshops and summer schools, served as a member of the programme committee and as a reviewer for more than 30 conferences. He has also been invited to give more than 50 plenary lectures at conferences, university departments and research institutes (amongst which LANL, Santa Fe Institute, Durham University, NASA/NIA, University of Tokyo, Sun Yat-Sen University, University of Saskatchewan). In 2006, he was elected Grey College Alan Richards Fellow in Mathematics (Easter term) at Durham University.

Theories and Applications (an international statistical society whose aim is to promote research in, and applications of imprecise probabilities), and served as its President between 2002 and 2007. He has also been a member of its Executive Committee, serving in various roles, between 2007 and 2015.