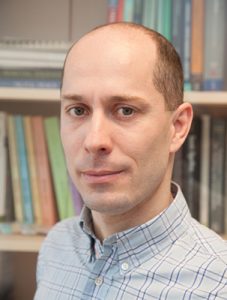 Asst. Prof. Gregor Papa received his M.Sc. and Ph.D. degrees in Electrical Engineering from the University of Ljubljana, Slovenia, in 2000 and 2002, respectively. He is a researcher and a Head of Computer Systems Department at the Jožef Stefan Institute, Ljubljana, Slovenia, and an Assistant Professor at the Jožef Stefan International Postgraduate School, Ljubljana, Slovenia. His research interests include multi-objective, meta-heuristic optimisation methods and hardware implementations of high-complexity algorithms, with applications to production, logistics/transport, energy and environmental sustainability. He led and was a principle investigator in several national and European projects dealing with energy efficiency, production processes optimization and algorithms development. His work is published in numerous international scientific journals and conference proceedings. He serves as a reviewer of the established scientific journals and a programme committee member of several major conferences in the field of evolutionary computation. He was the program committee chair of the 7th International Conference on Bioinspired Optimization Methods and their Applications (BIOMA 2016) and an organizing committee chair of six biennial conferences (BIOMA 2004 – BIOMA 2014).

More information about his work can be found at http://cs.ijs.si/papa/.