Thierry Magin is an associate professor at the von Karman Institute for Fluid Dynamics (VKI). After his 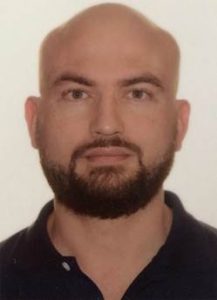 PhD on the modeling of an inductive plasma wind-tunnel at the Université Libre de Bruxelles, he spent two years at Ecole Centrale Paris, working on the “Huygens” probe during the last phase of the ESA “Huygens” mission, and then three years at Stanford University and NASA Ames Research Center, working on the NASA “Orion Crew Exploration Vehicle.” In 2010, he founded the AEROSPACEPHYS team at VKI supported by an ERC Starting Grant. His research group focuses on the development of complex multiscale and multiphysics models and numerical methods for reacting and plasma flows, and aims at studying both fundamental principles and technological applications. The MUTATION++ library compiles the state-of-the-art physico-chemical models and algorithms developed by the team into a highly extensible and robust software package coupled to simulation tools used by space agencies and industries. Uncertainty Quantification tools are developed for model validation based on experimental data obtained in aerospace facilities.